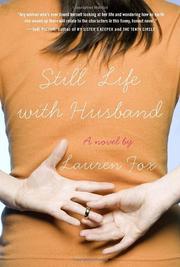 A debut novel about a young woman who must decide whether to settle for her husband’s suburban dreams.

Emily Ross loves Kevin, her husband of nine years. But she doesn’t want to leave their funky downtown Milwaukee apartment that’s in walking distance of all their friends and favorite restaurants in favor of a suburban home just because mortgage rates are rising, which Kevin portentously points out, often. His other drumbeat has to do with having a baby: You’re not getting any younger, he tells her, often. To 30-year-old Emily, that’s not a persuasive argument. The fact is, she’s not sure about having a baby, but she doesn’t quite understand why. To complicate matters, lately children have been reminding her of tiny Zsa Zsa Gabors, chauffeured around in their tricked-out strollers, imperious and demanding. Normally, Emily would share her fears with her best friend, Meg. But Meg is eight weeks pregnant and positively glowing. Besides, Meg wants Emily to have a baby, too. Into Emily’s perplexity arrives David, a dreamy, dark-haired editor who works for a local paper. He wants her to write a column for him—and possibly something more. Emily walks the knife’s edge as innocent emails between them evolve into strolls in the park and other “non-date” outings. Initially, she forgets to mention she is married, and there never seems a right time to bring it up. When she finally fesses up, their passions usurp the Midwestern morality both thought they possessed. Fox ably evokes the suffocation of a well-meaning but empty marriage and Emily’s guilt-ridden but sexually charged affair. In her misery, Emily makes periodic observations that bring Lorrie Moore’s wit to mind. But while she mentally whips herself for betraying the loveable drudge Kevin, she’s drinking lattes with her fun friend Meg and steaming up the sheets with dashing David.

Lots of admirable writing about a banally self-centered character.