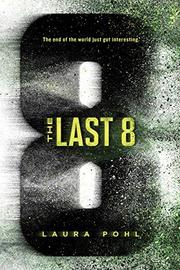 From the Last 8 series, volume 1

“Welcome to Area 51. Home to the Last Teenagers on Earth.”

After aliens invade Earth and wipe out humanity, Clover Martinez’s world becomes an unrelenting nightmare. Six months pass following the fateful invasion. Evading the occasional alien patrol, Clover wanders the barren landscape until she discovers fellow teen survivors at the infamous Area 51. Dubbing themselves the Last Teenagers on Earth, the motley, racially diverse group hole up at the base, led by their protective leader, Violet. With concise chapters and unadorned language, Pohl’s debut favors spectacle over depth and succeeds in providing enough intrigue to carry readers from page to page. At the novel’s center is Clover, an aromantic Mexican-American girl who prefers logic over emotion. With some difficulty, Clover convinces the reluctant group to fight back against the extraterrestrial menace. But when she unearths a spaceship hidden behind the walls of Area 51 and the group manages to capture one of the aliens, Clover starts to unravel secrets and lies that are threatening to tear down her life all over again. Surprises come in waves even though the novel’s not entirely unpredictable (at least until the curious ending). The aliens—a hodgepodge of metallic limbs and humanlike features—unnerve but don’t leave much of an impression.