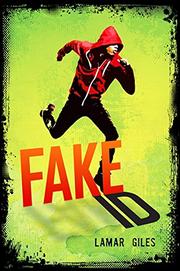 It’s not easy being a teen. But what if that fake ID in your pocket isn’t just a convenient way to score beer; it’s your key to survival in a witness protection program?

Nick has a true identity crisis: His father’s past as bookkeeper to a mob figure has placed the family in WitSec. Now, Dad’s reluctance to stay firmly on the side of the law is again an issue, Mom is running out of patience, and Nick (aka Steven/Logan/Tyler/Tony) is once again struggling to fit in without standing out. When new friend Eli, editor and lead investigator for the school newspaper, mentions “Whispertown,” he’s soon dead. Suicide? Not according to Eli’s superhot cheerleader sister, who goads Nick to action. A mysterious car accident and explosion; a solo, scary ride with the mayor; bullying; local criminals, sketchy adult figures galore—all find a place in this mystery/thriller. Nick is an engaging protagonist caught among parents, cliques, and worlds both legal and not so much. Quick-witted and just street-wise enough, he is a survivor and as narrator, offers readers believable teen conversation and interactions, including the contemporary world of text messaging.