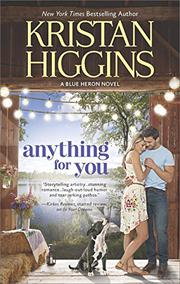 When Connor O’Rourke decides he wants to marry longtime on-again, off-again secret girlfriend Jessica Dunn and she turns him down flat, he tells her it’s over—but no one else will do, despite his sister’s attempts at matchmaking and his wish to get over her once and for all.

Connor fell in love with Jessica when he was 12 years old, and despite being one of the few boys she never slept with in high school, his feelings for her have never changed. Now, 20 years later, and after 10 years of sneaking around Manningsport in a relationship that grows hot and cold—depending on Jessica’s moods and what's going on in her life—Connor is convinced they're ready to take the next step and proposes. Jessica wants none of it. Her mentally challenged brother hates Connor after a childhood trauma, and she knows he’ll never accept Connor as her husband. Plus, her father, who abandoned them years ago, is back, claiming to be sober and wanting to try again. Just when Jessica thinks her life is going well—landing her dream job at Blue Heron Winery, saving enough money for a home of her own, Davey settled into some level of independence—the messy emotions of her past are rising up, complicating things. When Connor tries to convince Jessica that some obstacles might not be impossible, she lashes out, until more emotionally intense events reset their mercurial cycle. Finally Connor draws a line, and Jessica must decide if she’ll reach for a future with the man she loves, despite her fear and insecurities. Blue Heron fans will not be disappointed in this emotional novel that spans Connor and Jessica’s 20-year love story and offers peeks into their volatile relationship that make the final chapter of their romance and the series even more poignant and gratifying.