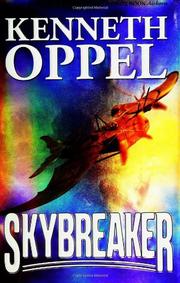 Matt Cruse, now 16 and a student at Airship Academy in Paris, is swept into another sky adventure even richer and more surprising than the one in Airborn (2004). When an airship assumed to have crashed 40 years ago is spotted in the skies, various people scramble to “salvage” it—reach it first and claim rights to all its cargo, which may include gold. Problem: It’s floating higher than most airships can go, even buoyed by the mango-scented hydrium gas crucial to flying technology. Wealthy, spirited Kate (whom readers will recall from the first installment) joins Matt, cocky pilot Hal and gypsy girl Nadira (who’s sometimes unfortunately exoticized) on a mission to reach the Hyperion. Criminals and the altitude bring suspense and danger, but the most entrancing obstacle is a species of previously undiscovered flying sky squid. The squid are key to salvaging the treasure, which may or may not be what it seems. Creative, compelling, nicely unpredictable and alive with nature and technology. (Fantasy. YA)