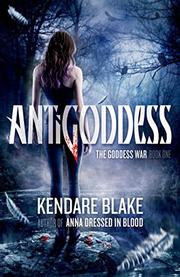 From the Goddess War series, volume 1

This new series from one of the best up-and-coming horror/suspense writers around (Girl of Nightmares, 2012, etc.) updates Greek mythology but offers far more than a Percy Jackson retread.

The ancient Olympians have lived disguised among the human population for millennia, but now most of them appear to be dying in ways appropriate to their natures. Athena is choking on owl feathers; Demeter is sinking into the earth; Poseidon has been corrupted with ocean pollution; Hermes’ metabolism is eating him alive. Athena and Hermes, teamed up, learn that Hera and Poseidon intend to survive by murdering other gods rather as the Titans ate their children. They embark on a mission to find the reincarnated Cassandra, now a teenager in upstate New York. Unbeknownst to Cassandra, her boyfriend, Aidan, is actually Apollo, the only god not dying. In the course of the story, the gods will find other reincarnated figures from the Trojan War who they hope will aid them in their struggle. Blake’s spunky and imaginative narrative illuminates the personalities of the gods, especially Athena, who’s gone a bit punk and is endowed with wry humor: “It’s a mistake she never would have made two thousand years ago.” Athena begins to doubt her own powers, upping the suspense level. With little doubt about which side is stronger, can plucky Athena and her allies possibly win?