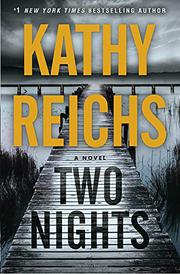 A search for a missing girl resurrects traumatic memories for a woman already struggling with life.

Sunday Night—not her real name—lives in seclusion on an island off the South Carolina coast while contemplating the ruins of her life. Her early childhood was a nightmare. Taken in by policeman Perry "Beau" Beaumonde, rebellious Sunday earned a choice of jail or the armed forces. Her stint in the Marines led to a job with the Charleston PD, where the accidental shooting of an unarmed man has left her wounded and pensioned off. That’s when Beau suggests she take an investigative job for wealthy, well-connected Opaline Drucker, whose 15-year-old granddaughter, Stella, may have been kidnapped by a cult after she missed being killed in a Hebrew school bombing that claimed the lives of her mother and brother (though the family isn't Jewish). Accepting the job, Sunday heads to Chicago, where Drucker’s connections get her first-class treatment and information from the cops handling the case. Paranoid Sunday sets up motion detectors in her room at the Ritz and moves from hotel to hotel while awaiting the results of her internet trolling. She hears from the bombers and manages to avoid one trap but gets ambushed at the Ritz, where she kills an attacker identified as one of the bombing suspects from an old security tape. Seeking help in staking out a female member of the gang, Sunday calls on her twin brother, Gus, and they chase the suspects from Chicago to California and back East. Reichs periodically interrupts this tale with the first-person narrative of a girl desperately trying to escape a cult. Is it Stella or Sunday? Are the bombers really trying to kill Jewish schoolchildren, or is their motive still deeper?

Reichs’ newest heroine, the polar opposite of cerebral Temperance Brennan (Speaking in Bones, 2015, etc.), is fueled by a well-nigh uncontrollable rage in her thrilling, violent search for a missing girl so much like herself.