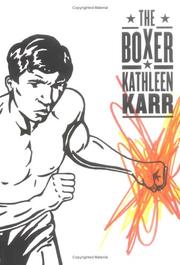 In 1880s New York, a young lad with inadequate means but an abundance of character uses his head, heart, and fists to battle his way out of the tenements. Johnny Woods works 12 hours a day at a sweatshop ironing men’s shirts. Since his father deserted his mother and five younger brothers and sisters, this 15-year-old youngster has valiantly toiled to help put bread on the table. Desperate for some extra cash, he signs up to box in a bar, only to get arrested—fighting was then illegal—and thrown into prison. In an unexpected twist, it’s the best thing that ever happened to him. There he meets Michael O’Shaunnessey, “Professor of the Science of Boxing,” and a “born teacher.” Returning home fit and trained, Johnny finds a paucity of job opportunities for politically unconnected and uneducated youths like himself, except in the boxing ring. There he soon piles up an impressive string of victories. Hard-working and kind, Johnny returns to school, spending his meager spare time with his five siblings, giving them by turn the treat of his undivided attention. Karr’s first-person narrative is fast-paced and instantly engrossing, and she captures her character’s dreams and dilemmas as well as the rhythm and excitement of the boxing matches, and the scenes, scents, and squalor of tenement life. Although Johnny is a little too good to be true, readers should be rooting for the kid with the killer punch and the soul of a Boy Scout both in and out of the ring. (Fiction. 12+)