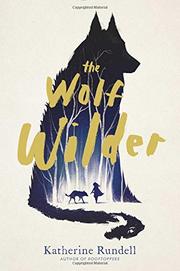 A young Russian who has known more wolves in her life than people sets out to rescue her mother from a czarist prison.

In a remote area not far from St. Petersburg, 12-year-old Feodora, “a dark and stormy girl,” and her strong mother, Marina Petrovich, take wolves that have grown too dangerous for the aristocratic households in which they have been raised from captured cubs and train them to live on their own in the wild. Feo’s idyll comes to a sudden end when brutal, sadistic Gen. Mikail Rakov, declaring that wolves are all vermin, descends to burn the cabin and hustle her mother off to Kresty Prison in the city. Off she sets on a seemingly quixotic rescue, with beloved semiferal charges Black, White, and Gray (“a bunch of the most beautiful criminals”), a newly born wolf pup, 13-year-old army deserter Ilya, and growing bands of children and disaffected villagers in her wake. Though historical events up to and including the February Revolution take place in the background, Feo’s harrowing journey is the story’s focus. Through bitter storms and ambushes, terror and tragedy, an unrelenting sense of purpose lightened with flashes of humor—“Black had eaten three toes, which, technically, had belonged to an English lord”—carries Feo and her allies to a decisive confrontation with Rakov.

Rugged cross-country adventure with a diverse cast of two- and four-legged fellow travelers and a sturdy main character who is more than a little “wilded” herself.