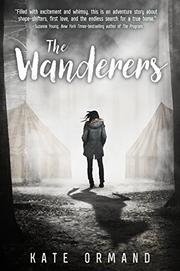 Flo and her friends are but poor, lost circus performers—who shape-shift into animals and try to evade governmental capture.

Newly turned 16, orphaned shifter Flo is dreading her first circus performance. Alas for her, it's not optional; all of the shifter children who live with the circus must perform regularly as soon as they reach that age. Flo must take a turn like all the others, so after a false start, she takes the stage—not as a girl but as a magnificent mare. Like her boyfriend, Jett the bear, or her nemesis, Pru the tiger, Flo becomes an animal at will. In a modern world of cars and DVD players, the circus shifters live almost medievally, bound under the unkind leadership of the elders, three middle-aged lion shifters. Flo knows that if she leaves, she'll be vulnerable to hunters, government-funded paramilitary forces that are the modern legacy of sworn enemies who have been murdering shifters since time immemorial. So she tolerates the cruelty of her peers, learns to jump through a flaming hoop, and almost has hope for the future when disaster strikes. In a spare first-person, present-tense narration, Flo takes readers through a swoony romance with a massive body count.

Despite the potential whimsy of a circus adventure narrated by a shape-shifting mare, this more closely resembles a brutal, angst-drenched dystopia à la Veronica Roth's Divergent (2011) than anything else