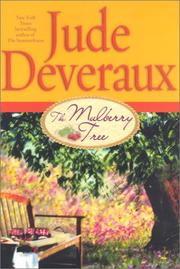 Billionaire leaves his widow nothing but a ramshackle farmhouse.

Mousy Lillian doesn’t complain. She’d always been content to hide in the corners of rich Jimmie Manville’s life, anyway. He doted on his plump little wife, though plenty of people wondered why he didn’t get a woman who wasn’t afraid of her own shadow. Surely he had a reason for leaving his fortune to the sister and brother he hated, or perhaps he was planning to change his will before he died in a plane crash. In any case, Lillian believes that challenging the will is fruitless: she lied about her age when she signed her marriage certificate, so the marriage wasn’t even legal. On the advice of Jimmie’s lawyer, she takes a new identity as Bailey James, gets a nose job, then slinks off to the farmhouse in rural Virginia. Her consuming grief has made her lose weight, so now she’s actually beautiful, just like that. She renovates the place and swaps life stories with hunky carpenter Matt Longacre. As Bailey gossips with nosy neighbors Patsy and Janice (the trio has started a jam-making business), she hears the story of six local boys who, years ago, saved a rural high school from being blown up by a bomb. Acclaimed as heroes, they went their separate ways . . . some now dead, some still living. The six had some connection to Bailey’s dear departed husband—but what? When she finally figures it out and realizes that the harelipped teenager in an old photo is Jimmie, and that Jimmie had changed his name, the mystery is solved. The nasty sister and brother who’ve laid claim to Jimmie’s billions may not be his relations at all. Bailey puts down her jam spoon and goes after what’s rightfully hers.

Hard-core fans might make it through these thickets of haphazard plot. But sloppy prose and unappealing characters mark a low for the perhaps too-prolific Deveraux, author of “twenty-seven New York Times bestsellers” (The Summerhouse, 2001, etc.).