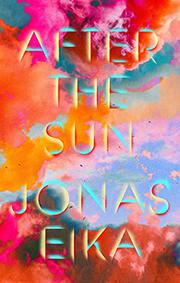 A collection of surreal stories from a Danish wunderkind.

This debut book brings together five strange, challenging works of fiction and has already won its 30-year-old author several Nordic literary awards. Difficult and mesmerizing, the stories range from formally formidable to downright mind-melting in their creative disregard for convention. "Alvin," relayed in one paragraph that spans 32 pages, follows a narrator who lands in Copenhagen for business only to learn that the building where he was heading has collapsed into rubble. Without a place to stay, the narrator crashes with the titular character, a wildly successful derivatives trader whose friendly economic advice quickly escalates into the two acquaintances absconding to Bucharest to make money and, maybe, love. The equally inventive "Bad Mexican Dog" centers around beach boys who wait hand and foot on guests at a resort in Cancún. The story is broken into two parts: Its first half features the unsettling death and resurrection of one of the beach hands, and it's an understatement to say that the second half then gets weird. Likewise, "Rachel, Nevada" follows a man's visceral, violent encounter with an extraterrestrial device known only as "The Sender"; beneath the shock value of the man's self-inflicted tracheotomy, sincere questions about reality and authenticity bubble. It's Eika's ability to plunge readers headfirst into discomfort or even disgust and then prod for uncomfortable truths that elevates his brazenly weird fiction from crass pyrotechnics to legitimately rewarding puzzles.

Utterly brilliant and occasionally confounding, these strange stories catch like fishhooks into the reader's nervous system.