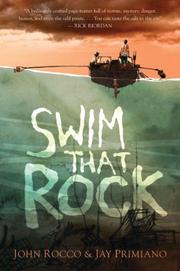 A teen goes to desperate lengths to save his family’s diner in this unevenly executed fishing drama set on Narragansett Bay.

Fourteen-year-old Jake Cole’s father was lost at sea last year. Since then, he and his mother haven’t been able to keep up with the family diner’s mortgage payments to the local loan sharks. His mother is ready to give up and move in with his grandmother in Arizona, but Jake has a plan. Previously polluted Barrington Beach is about to be reopened for quahog harvesting. If he and his father’s old quahogging buddy Gene can pull enough clams once the beach reopens, they may be able to raise most of the mortgage money. Jake is working on getting the rest of the money by illegally fishing at night with a mysterious man he calls Captain, who claims to have known his father. But when Gene is hurt in a boating accident, Jake must work Barrington Beach alone. Can he pull enough quahogs to pay off the mob? While the distinct, clearly realized setting details distinguish this title from the vast schools of novels for young teens swimming in the publishing sea, choppy pace and perfunctory dialogue drag it down to the ocean floor.

Nevertheless, fills the bill for teens looking for an atypical action adventure.