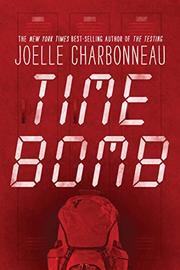 When a suburban high school is devastated by a bombing, a diverse group of teens gathers to find a way out.

Minor connections pre-exist among the group: biracial (black/white) Tad is on the football team with the popular Frankie, a white boy, and the pair may be a little more than just friends. Latino Z has been pegged as the class ne’er-do-well; Palestinian-American Rashid, an observant Muslim, feels extra conspicuous now that his beard has started growing. Of course, everyone knows the white daughter of a U.S. senator, the perfectly popular Diana. The wildcard is olive-skinned Cassandra, the new kid in school. When word reaches the gang that the bomber may still be inside the building, tensions rise and the small bonds just being forged threaten to disintegrate. The third-person perspective shifts chapter to chapter, letting readers into each of the character’s heads. Some of the characters are fuller than others (Z is frustratingly thin), but through their eyes the author lays out the geography of the school before the bombing and smartly paces the aftermath. Charbonneau makes the bold move of letting readers—though not all the characters—know who the bomber is right away. This pivots the suspense from a whodunit to a survival tale, and the author effectively charts the action, taking time to allow the kids to discuss current events and the perils of false assumptions.