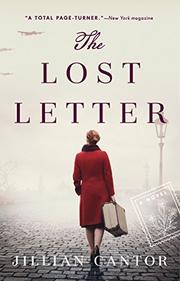 Moving seamlessly between Austria in 1938 and Los Angeles in 1989, this novel connects a grim history to a more hopeful present.

In Austria, the Nazis begin to roust Jews from positions, homes, and safety. Kristoff, an 18-year-old German, finds an apprenticeship with Frederick Faber, a Jewish engraver of stamps and documents. Frederick, his wife, and their two daughters, 13-year-old Miriam and 17-year-old Elena, become the family Kristoff never had. He comes to respect their traditions and forms a special bond with Elena, who, unbeknownst to her father, secretly practices engraving with Kristoff, a skill they use to forge papers to get Jews to safer countries. In present-day LA, Katie Nelson, soon to be divorced, is cleaning her apartment and finds the stamp collection her father passed along to her when he went into a home for Alzheimer's care. Determined to find something of value in his collection—her father always said he hoped to find a “gem”—she consults Benjamin Grossman, a philatelist, who unearths an unopened letter with a unique Austrian stamp. Benjamin keeps Katie apprised of the results of his research. They discover that Frederick Faber engraved the stamp and that it is addressed to one of his daughters, Fraulein Faber, with no first name. Benjamin finds the former Fraulein Faber in Cardiff, Wales, and he plans a trip to visit her, hoping to unravel the mystery of the stamp in which a tiny symbol is engraved. He offers Katie a ticket—he has lots of free miles—to accompany him. They hope to return home with at least a story about the stamp for her father to enjoy before his memory is totally gone. The past gives up its secrets reluctantly but give them up it does. Katie’s father truly has found his gem, and eventually Katie recognizes hers. Cantor (The Hours Count, 2015, etc.) has mixed historical background with fictional characters for a believable, engaging tale in which the past indeed reconciles with the present.