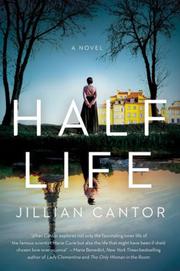 Reality and speculation merge to provide a look at Marie Curie, Nobel Prize–winning scientist, and the person she might have become if she'd made different choices.

Curie was born as Marya Sklodowska in Poland in 1867. Motherless at 10, raised by her father to yearn for education, she struggled under poverty and politics to reach for her dreams. A difficult choice leads her to Paris, where she attends the Sorbonne. She meets Pierre Curie, her husband and lab partner, the love of her life, second only to her experiments on radium, the new element she discovers. Cantor renders her story beautifully, creating a rich historical fiction that brings Curie to life by seamlessly inventing thoughts and desires to flesh out a character known mostly for her obsession with science. To read this wonderfully executed tale alone would be satisfying, but we are also treated to an imaginative thread of what might have happened had Marie remained in Poland as Marya and married Kazimierz Zorawski, the man who’d asked for her hand despite the certainty of being disowned by his wealthy family for it. The novel alternates between the parallel stories of Marie and Marya, following a determined theme: You always have a choice. Clearly these choices determine life’s outcome for the choice-maker as well as for all those who rub elbows with her. Feeling guilt over one's decisions and thinking about lost possibilities factor into Cantor’s theme, as does judging other people’s choices. Assessing Marie Curie’s actual life and the imagined one leads to a difficult question: Was one life better than the other, happier, more meaningful?

Thought-provoking, skillfully written, and hard to put down.