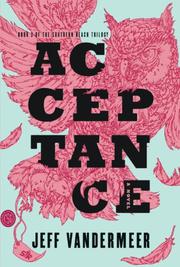 The concluding installment of the Southern Reach trilogy (Annihilation, 2014; Authority, 2014) ends where the story began: in a cloud of hallucinatory mystery.

In the present (presumably the present—time does strange things in this novel), Control, the failed director of the Southern Reach, and Ghost Bird, the "copy" of the biologist from Annihilation, travel through Area X, searching for the original biologist. Parallel storylines set in the past explain how Saul Evans, Area X's erstwhile lighthouse keeper, became the creature known as the Crawler and explore both his encounters with the little girl who grew up to be the Southern Authority's previous director and her resolve as an adult to return to Area X. What is, where is, and why is Area X? Is it in another dimension? Is it actually on another planet? Is it some kind of alien experiment? VanderMeer does not provide these answers; a tidy resolution is clearly not his goal, and those seeking such a thing were presumably perceptive enough to give up before reaching this volume. The series is less about a straight throughline of plot and more about constructing a fully realized portrait of peculiar, often alienated people and the odd landscapes they inhabit, both inside and outside of their skulls; and this the author has decidedly achieved. This trilogy represents an interesting pivot for VanderMeer: Although sharing many of the same motifs—metamorphosis, unusual fungi and other organic material, a pull toward the sea—it’s actually more restrained (if no less vivid) than the lush baroquerie of his earlier works.

We leave knowing more about Area X than we started; we may not understand it any better, but we leave transformed, as do all travelers to that uncanny place.