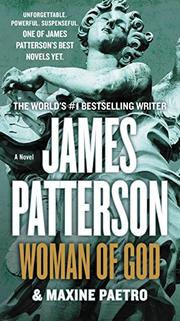 Chronicling the life of physician-turned-priest Brigid Fitzgerald, Patterson (The Christmas Wedding, 2011, etc.) and Paetro hurry through a tale where angels fear to tread.

After medical school, Fitzgerald joined Kind Hands, a Doctors without Borders work-alike, and traveled to South Sudan. In this early, compelling part of the book, Brigid confronts primitive living quarters, tries to help orphaned and maimed children, and practices "meatball surgery" in unsterile, chaotic circumstances. The deft descriptions of the almost unbelievable conditions under which the medics work are cringe-inducing. More so is the ugly violence inflicted on combatants, refugees, and courageous charity workers. Brigid falls in love with a fellow doctor. He’s killed, sending the narrative into a whirlwind. Brigid is soon in Berlin, where she eventually marries an older man, a playwright. They have a daughter. Berlin happiness ends soon in tragedy, spurring a return home to Boston. There, Brigid meets James Aubrey, a Catholic priest falsely charged with sexual abuse who’s been made a scapegoat by the church. James establishes his own small church outside Boston: Jesus Mary Joseph Catholic Church. Brigid and James marry. Brigid too becomes a priest, all foreshadowed from South Sudan to Massachusetts by holy visions and mystical experiences. And then more tragedy, allowing Brigid another opportunity to give voice to the cliché Why, God, why? Brigid’s quest transpires against a vaguely described current-day background in which our worldly afflictions—climate change, political violence, social upheaval—are worse by multiples. Straining credulity, however, is the incompletely developed premise that the JMJ Catholic–lite movement becomes a worldwide phenomenon in a handful of years, so much so that Brigid is received amiably by a much-like-Francis pope.

A high-concept pitch, a potboiler on the page, and a protagonist to cheer for, but the authors do not quite tie it all together.