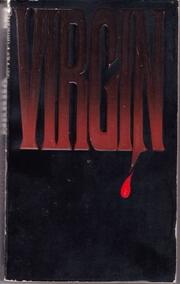 It's 1987, and only Pope Pius XIII knows that the Apocalypse is at hand and that two virgins will give birth simultaneously this very year. And indeed news reaches him that a 14-year-old virgin is apparently divinely pregnant in Ireland and another in Newport, Rhode Island. And only the Pope knows that one of the two babes will be. . . the Beast of Revelation come to do battle with the newborn Savior. Meanwhile? Famine in India! Locust plagues in Africa! Polio epidemic in California! Signs and portents! So the Pope orders Father Eduardo Rosetti, Chief Investigator for the Congregation of Rites (i.e., big man on miracles), to jet to Dublin and Newport and check into the forthcoming immaculate deliveries. (And also assigned to watch over virgin Kathleen in Newport is Sister Anne Feeney, herself a disturbed virgin, in tormented love with brilliantly handsome, lustful Father Justin O'Carroll.) Are the virgins really virgins? And which virgin has the halo? Patterson doesn't really care—and neither will you; but the pages fly by professionally enough, churned along by a writer who once wrote a good book (The Thomas Berryman Number) before turning to exploitative concoctions like The Jericho Commandment and this.