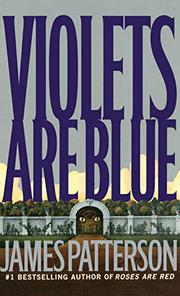 Only a writer of Patterson’s star-wattage could have hoodwinked his publisher into bringing out this unlovely mess, which pits forensic psychologist Alex Cross against two separate serial killers.

It begins with the slaughter of still another of Cross’s professional and romantic partners, FBI agent Betsey Cavalierre, by Cross’s old nemesis, the Mastermind (Roses Are Red, 2000), who instantly phones to taunt his adversary. With still another partner dead, how can Cross go on? But he has to, immediately, because another killer is on the loose—actually, a pair of killers, William and Michael Alexander, teenaged vampires whose murder of two army officers in Golden Gate Park is just a warmup for the carnage to come. As the Mastermind keeps trying to get Cross’s attention by threatening his adorable kids, his grandmother, and everyone else he’s ever known, Patterson, apparently eager to escape the constraints of the low body count in the soapy Suzanne’s Diary for Nicholas (p. 694), unleashes the hounds of hell. Under the direction of their dread Sire, the exultant Alexander brothers (“We’re immortal! We’ll never die!”), leave a trail of gory victims in Las Vegas, Savannah, New Orleans, and Baton Rouge before returning to Santa Cruz for a climactic sequence that finally unmasks the ho-hum Sire. The moment the vampire chronicles end, Cross, without missing a beat, turns to that other serial killer, and soon, courtesy of one of his famous profiler’s hunches, has the Mastermind in his sights. Can he hunt down his enemy before the Mastermind exacts a terrible vengeance against somebody else—say, beauteous Jamilla Hughes of San Francisco Homicide—whose death would reduce Cross to babbling despair? The grade-school characterizations of everyone from cops to victims to cackling psychos guarantee that you won’t care a bit.

A real test for Patterson’s huge audience: If they buy this, they’ll buy anything.