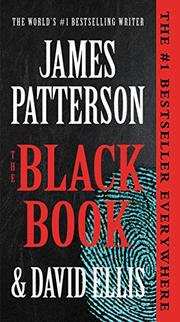 Peerless networker Patterson (Woman of God, 2016, etc.), who’s become as ubiquitous as Betty Crocker, latches on to a co-author who ups his game in several welcome ways.

Called to a crime scene, Detective Patti Harney of the Chicago PD finds her twin brother, Detective Billy Harney, shot and left for dead in the bedroom of assistant state’s attorney Amy Lentini’s condo. Amy is also present and even more dead. So is Billy’s partner, Detective Katherine Fenton. Working backward and forward from this opening tableau, the authors ask who shot whom and why. The answers are clearly rooted in a warrantless raid Billy led into an apartment building he’d become certain was operating as a sex club catering to Chicago’s finest, including the archbishop and the mayor—even though, as cautious percentage player Lt. Paul Wizniewski warned him, Billy was Homicide, not Vice. The blowback from the raid is predictably intense, entangling Billy, Kate Fenton, and Amy Lentini, who overcomes her initial animosity toward Billy sufficiently to take him to bed. The central mystery is the question of what’s become of the little black book in which Amy is certain Ramona Dillavou, the manager of the sex club, recorded the names and particulars of all her celebrity clients. She’s convinced that some bad cop pounced on it and spirited it away. But which bad cop? Billy, surviving the shooting that left his partner and his lover dead only to find himself accused of murder on the strength of forensic evidence, is helpless to defend himself because he’s lost all memory of what happened in that bedroom. Will he recover it in time to save himself and finger the perp?

Most readers will be ahead of the twin investigators in identifying the guilty party. But the mystery is authentic, the lead-up genuinely suspenseful, and the leading characters and situations more memorable than Patterson’s managed in quite a while. Co-author Ellis is definitely a keeper.