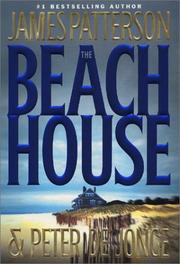 Not to fear: Just because megaselling Patterson has teamed up once more with journalist collaborator de Jonge (Miracle on the 17th Green, 1996) doesn’t make the pace of this slick, ludicrous thriller any slower, the puppets any more complex, or the sentences any longer.

The East Hampton cops say that proletarian nobody Peter Mullen stopped parking cars to smoke a joint and drown during zillionaire Barry and Campion Neubauer’s Memorial Day Party in Montauk. Forensic evidence shows that Peter was beaten to death before he was tossed into the frigid water. But when Peter’s brother Jack, a student at Columbia Law who’s a summer associate at the Manhattan firm of Nelson, Goodwin and Mickel, and his old high-school buddies press the authorities to tell the truth, Rory Hoffman, a sinister thug called the Fixer, presses back, and soon the good guys are on the ropes. Jack’s father suffers a fatal heart attack. Fisherman Fenton Gridley is nearly drowned himself. Suffolk County Chief Medical Examiner Dr. Jane Davis is intimidated into perjury. Hairdresser Sammy Giamalva’s 11:30 appointment cancels at the last minute. Jack’s warned off the case by Chief Detective Frank Volpi, and his girlfriend, the Neubauers’ daughter Dana, bails on him—though luckily, Nelson, Goodwin and Mickel’s top investigator, Pauline Grabowski, who’s just as smart and beautiful, is poised to take her place. When Jack’s fired from the firm and Pauline soon follows, it’s clear that there’s no place the Neubauer tentacles don’t reach, and the outcome of the inquest is a foregone conclusion. What isn’t obvious, though in retrospect it should be, is Jack’s scheme for making sure justice is done anyway.