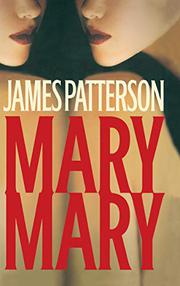 The clever, remorseless miscreant who calls himself the Storyteller has already practiced his lethal skills on three hapless New Yorkers before he begins his career in earnest with a series of killings in L.A. Choosing as his victims women who’ve neglected their children for successful careers in the entertainment industry, he describes the murders in overheated e-mails he addresses to his victims but sends to hapless entertainment columnist Arnold Griner, signing them “Mary Smith.” All right, then, is Mary a woman or a man? The LAPD is baffled, the FBI too, so they yank Alex out of Disneyland, where he’s gone to recuperate from his last megadose of murder (The Big Bad Wolf, 2003) and bond with his family while doing his best to duck the attention of a true-crime writer who behaves more like a stalker. Learning that Alex is back on the job despite all his promises, his distraught ex, Christine Johnson, grabs their baby, Little Alex, and stashes him in Seattle, insisting that Big Alex’s devotion to his dangerous job is constantly putting an intolerable strain on his loved ones, a charge that has the merit of being demonstrably true. The irony of it all is that Alex’s reluctant consultation doesn’t slow the Storyteller down a bit. He (or she), undeterred by the superdad angst that substitutes for detection here, just keeps up the torrid homicide rate until fulfilling her (or his) murderous plan. Luckily, the resulting break from falling bodies lasts just long enough for the cops to commit one last, fatal blunder before Alex gets one of the unmotivated brainwaves that makes him “America’s Sherlock Holmes.”

Certainly not the worst of Patterson’s clueless mysteries, but still another likely candidate to be filmed as “a big, dopey thriller based on a dopey bestseller.”