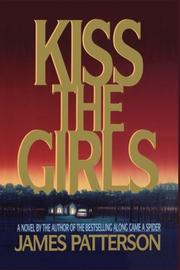 Advertising executive Patterson doubles neither our pleasure nor our fun by giving us two intense, Hannibal Lecter-type murderers for the price of one in an improbable and hopelessly derivative mess of a thriller. Feds and local authorities on both coasts are baffled by a pair of serial killers targeting beautiful young women: The Gentleman Caller works the scene in sunny L.A., where he brutally murders and dismembers his prey; his counterpart back East, who calls himself Casanova, trolls the Raleigh/Durham/Chapel Hill area for sexy coeds to victimize. Their MOs provide plenty of fodder for an author trying to cook up a work of psychological terror: Both are powerful, handsome, brilliant (natch), commit perfect crimes, and, despite their busy schedules, manage to keep in touch with each other. To catch them, you obviously need a perfect crime fighter. Enter Alex Cross, the Washington, D.C., detective/psychologist hero of bestselling Along Came A Spider (1993), who gets dragged into all this after his niece Naomi, a student at Duke University, vanishes. Working with the authorities and a medical student named Kate McTiernan, who was lucky enough to escape Casanova's clutches, Cross begins to understand how the two dueling psychos operate. Just in the nick of time, too, because the Gentleman Caller, on the run from the law out West, decides that nothing could be finer than to be in Carolina with his old buddy Casanova. So, what does Cross, whose favorite niece is now in the clutches of two sickos, do? Fall in love with Kate McTiernan, of course, in an ill-placed romantic subplot intended to raise the stakes in the deadly cat-and-mouse game. Does Cross save Naomi? Are the two killers brought to justice or, at the very least, consigned to gory demises? Who cares? As a storyteller, Patterson is a great ad copywriter.