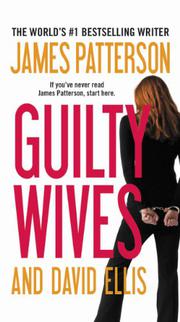 A girls-only weekend turns deadly for four friends who find that what happens in Monte Carlo definitely doesn’t stay in Monte Carlo.

Locked in an unspeakable French prison, Georgetown literature professor Abbie Elliot recalls the glamorous prologue to her murder conviction. Former U.S. Olympic skier Serena Schofield footed the bills for Abbie, British diva Winnie Brookes and South African beauty Bryah Gordon as they prepared for an unforgettable weekend of drinking, dishing and sexual adventures. Abbie doesn’t know that Devo, the man Winnie hooks up with, has actually been her lover for a year, or that he’s the President of France. Nor does she know that her husband Jeffrey, along with the husbands of Serena, Bryah and Winnie, is watching the four buddies as they sashay around Monte. When someone shoots Devo and the race car driver who turns out to be his bodyguard, the police arrest the four friends, but it’s clear that one of the four husbands (maybe more than one—they’re all so unappealing that it doesn’t much matter) has framed them for murder. There follows a trial during which Abbie keeps getting reminded that they’re not in an American courtroom, a prison stint marked by threats, bullying and worse (think Caged Heat), and a daring escape that leads to a high-fatality climax.

Patterson (The Christmas Wedding, 2011, etc.) and Ellis (Breach of Trust, 2011, etc.) make the pages fly without creating a single memorable character or asking you to take any of their variously glossy or gritty menace seriously.