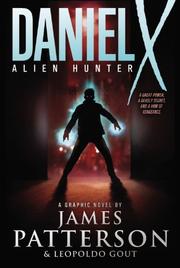 Patterson’s latest teen franchise robustly bursts through its prose boundaries into this splashy graphic-novel adaptation. After the murder of his parents, Daniel discovers his father left him a special List of Alien Outlaws. As an alien hunter, he is no stranger to peril and must help rid the universe of these maniacal interplanetary villains. Armed with his intellect and the power to shapeshift, he embarks to destroy Alien Outlaw Number Seven, who has recently attacked Tokyo. Though endowed with extraordinary gifts and purpose (saving the world is no small calling), Daniel is lonely and has little contact with others. When he befriends Number Seven’s son in order to learn more about him, he finds his first friend, whose father he must ultimately destroy. The art and pacing is similar to a Saturday morning cartoon: fast and furious, neatly resolving itself by the end of this episode; the only thing missing are commercials for sugary cereals. Featuring more style than substance, this formulaic adventure offers few surprises. Will readers clamor for more of Daniel’s adventures? It’s anyone’s guess. (Graphic fiction. 12 & up)