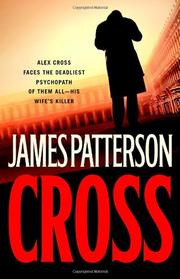 Dr. Alex Cross goes up against the psychopath who killed his wife, with eminently predictable results.

Michael Sullivan, the Butcher of Sligo, has long been the favorite hit man of Dominic Maggione, head of the New York crime family, and his son, John Maggione Jr. In between well-paid professional killings, each of them punctuated with a little bow, he likes to indulge a hobby: serial rape and murder. After honing his skills on his late father and an abusive parish priest, he’s moved on to assaulting professional women, threatening them with a bloody scalpel, and returning to slash, mutilate, kill and photograph them if they’ve reported the rape to the police. Years ago, social worker Maria Cross’s caseload included one of the Butcher’s victims who decided to talk, and Maria was gunned down on the street as she ran to embrace her husband, back from a hard day’s work catching criminals for the DC Metro Police, in a scene that allowed Patterson to indulge both his mushy (Sam’s Letters to Jennifer, 2004, etc.) and sadistic (Mary Mary, 2005, etc.) sides. Now that his family’s talked him into quitting the force, Cross thinks his life as a clinical psychologist will be quieter. But his very first patient is being abused by her violent fiancé, a DC cop, and his old buddy Detective John Sampson keeps roping him in for more consults. The Butcher, meanwhile, has troubles of his own. Junior Maggione has declared war on him, and he ends up having to kill a number of former colleagues even though neither love nor money changes hands. Although Patterson keeps the pot boiling with one darn felony after another, nothing really happens, and after a while, the nonstop violence becomes as routine as the coupling in a stag film.

The biggest disappointment, though, is an ending that makes you realize you should have skipped this installment and waited for the sequel.