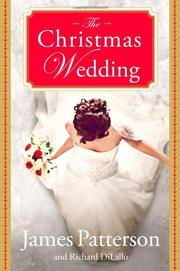 A lighthearted novel about a widow who suddenly decides to re-marry on Christmas Day.

The mystery concerns the bride's choice of a groom. She won't tell her family. She won't even tell her potential husband, one of three suitors who have proposed. Gaby Summerhill, 54, is a teacher, widowed for three years, her treasured husband dead of a heart attack. Gaby has decided she's grieved long enough. And so she makes her decision, and then records a DVD to send to her four children announcing her puzzling plan. The children are scattered, busy with their own lives, and Gaby is certain the mystery will bring them home to Massachusetts for the holiday. Oldest daughter Claire lives with her husband and children in South Carolina, but Hank works rarely and smokes marijuana regularly. Claire's troubles are aggravated by teenager Gus, who's intent on living up to the aphorism "like father, like son." Although Gaby's daughter Lizzie lives nearby, she has been overwhelmed by her husband's critical illness. Emily is an over-stressed, high-powered New York City attorney. Son Seth works in Boston at a temporary job waiting for his novel to be snapped up by a big-name publisher. Patterson and co-author DiLallo unfold the plot with snappy but cliché-littered dialogue. There is minimal character development and only enough back story to knit the tale together. Gaby is an idealized protagonist, the sort who heads a volunteer crew to cook a daily breakfast for the homeless. Her groom might be Tom, a lifelong friend; Jacob, a rabbi; or Martin, her husband's younger brother, all of whom proposed on the same day. The authors maintain the suspense, with Gaby and her brood riding a roller-coaster of family problems, right up to the wedding day.

A perfect plot for a Meryl Streep or Diane Lane happily-ever-after movie.