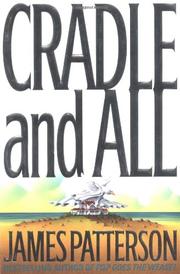 Warn the fans: this isn't a new Alex Cross psychokiller foray (Pop Goes the Weasel, 1999, etc.), but instead a rewritten and retitled version of Virgin, Patterson's apocalyptic 1980 horror novel. At the French shrine of Lourdes in 1917, three children delivered a prophecy from the Virgin Mary: At some point in the future, two girls will experience near-simultaneous immaculate conceptions; one will give birth to a new Savior; the other will bring the Antichrist into the world. Now, in an undated present, with strange new plagues and catastrophes filling the news every day, and the Pope dying of a horrible virus, private detective Anne Fitzgerald is abruptly hired by Boston's Cardinal Rooney to keep an eye on young Kathleen Beavier, a spoiled, trash-talking (but virginal) rich kid. Kathleen's attempt to get an abortion is stymied when she finds her doctor’s bleeding corpse hanging from a hook in a South Boston clinic. Since then she's been hearing nasty voices and believes she's being watched by animals. An ex-cop with a Harvard psychology degree, Fitzgerald is also a former nun who left the order after falling in love with a priest. Though that love affair was never consummated, fate will reunite Fitzgerald with good-looking Father Justin O'Carroll. Meanwhile, in an Irish village, poor but pure Colleen Deirdre Galaher is getting dirty looks from the nuns at her Catholic boarding school. Sent from Rome to investigate, Father Nicholas Rosetti, the Vatican's international expert on miracles, finds himself aroused by the sight of the girl. Could this have anything to do with the inexplicable fainting spells he suffered in Rome only days ago? And what about that nasty voice that reviles him in his dreams? One can only hope that the ridiculous, cliff-hanging finale’s promise of a sequel will never be fulfilled. Post-Exorcist horror clichés, updated with a handful of contemporary references.