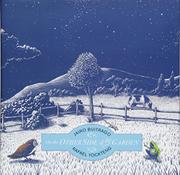 ON THE OTHER SIDE OF THE GARDEN

A young child copes with the fallout of her broken family in Buitrago and Yockteng’s (Walk with Me, 2017) latest collaboration.

Isabel and her father drive to the country. She hardly pays attention to his words on the way over. Dropped off at her grandmother’s house, she watches him leave. She observes her room that’s not her room. At night, Isabel lies in bed and remembers her dad and the city, when she notices an owl, a frog, and a mouse staring at her through the window. In such a case, “all you can do is open it and talk to them.” Buitrago’s translated text hides complexity beneath its directness, which is traced with humor and charm. Together the girl and creatures take a nighttime stroll. She feels the cool grass against her feet, while the owl names the flowers and the frog calls out the stars. The mouse just wants to eat. Slowly, Isabel opens up about her family, her absent mother and now her father, and the grandmother she barely knows. It’s a story in fragments. Yockteng’s textured digital pictures start as moody snapshots in dark blue ink with occasional flecks of color, mirroring the girl’s inner turmoil. More color creeps in as morning comes and the story nears its poignant finale. Grandmother, pale-skinned as her granddaughter and clad in work boots and jeans, waits by the door, ready to embrace Isabel. Her reassurances (“This is your house, too”) say it all.