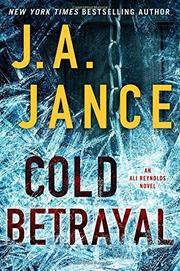 Ali Reynolds and her friend Sister Anselm are back, this time to rescue an elderly widow and a runaway teen.

When Ali’s daughter-in-law, Athena, asks for help with her grandmother Betsy Peterson, Ali’s willing, even though she lives in Sedona, Arizona, and Betsy in Bemidji, Minnesota. Betsy’s on her own in the farmhouse she and her late husband bought, and she’s convinced that someone tried to murder her by leaving the gas burners on. The local police think she’s a batty old dame, and only Athena and Ali take her part. While Ali’s husband’s security company is setting up a surveillance system for Betsy, Ali’s friend Sister Anselm Becker becomes a patient advocate for Enid Tower, a pregnant teen hit by a car as she ran away from a polygamist commune near the isolated region around Colorado City. For political reasons, the state lets the commune of 25 or 30 households—calling itself The Family—govern itself. As Sister Anselm learns, the women are forced to marry as young as 15, become broodmares, stay illiterate, live in servitude and shun the outside world. Once Enid’s given birth and she’s under Sister Anselm’s protection, she and two other runaways fill in Ali and Anselm about The Family and the fate of those girls who try to escape. While Ali’s trying to discover who’s emptying Betsy’s bank accounts back in Minnesota, she helps fend off Enid’s husband, who wants his youngest wife and latest child back. A shocking discovery about how The Family affords the commune’s upkeep brings Ali and Anselm even more help than they had hoped for—and leads them straight into more danger than they expected.

The two unrelated plotlines give the impression that Jance (Moving Target, 2014, etc.) didn’t have enough of either for a complete story. Yet Ali’s good heart and sense of justice combine with well-paced suspense to create a satisfying whole greater than the sum of its parts.