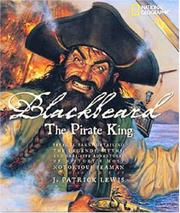 In variously rhymed verses as swashbuckling as the figure they celebrate, Lewis tries to flesh out the little that is actually known about the character and career of the most renowned pirate ever. As the poet sticks to the facts, Blackbeard remains a menacing but shadowy figure with a visage “so frightful that it chilled his foes / Straight to the marrowbone.” But Lewis also notes that, until his final fight, there is no evidence that he ever killed anyone, and he evidently lifted the blockade of Charleston, which was his crowning exploit, in exchange for a chest not of loot, but of medical supplies. With notes and captions at the bottom of each balladic entry and illustrations that range from a contemporary portrait to dramatic battle scenes from N.C. Wyeth and other recent artists, this offers an unusual mix of historical roots and rousing rhetoric. Young readers and listeners will fervently agree that, “of all the thieves of the Seven Seas, / No one would ever reach / The height and might / Of the roguish Knight / Of the Black Flag, Edward Teach.” (timeline, afterword, bibliography) (Picture book/poetry. 7-10)