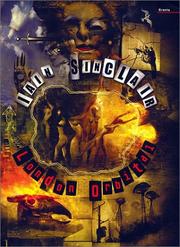 A Walk Around the M25

Walking tour of the neighborhoods and communities that border London's M25 highway: amusing and evocative, but bewildering to those not familiar with the territory.

Also known as the London Orbital, this approximately 120-mile beltway encircles the greater metropolitan area. Hackney resident Sinclair (Downriver, 1993, etc.) sets out on a series of one-day hikes to explore the M25’s perimeters and “celebrate the sprawl of London.” In the company of various friends, he pokes into the histories of villages and developments, factories and estates, writers, artists, and murderers. But don't expect a neatly laid-out chronicle; he skips back and forth in both present and past time so arbitrarily that the head spins. The “walk proper” begins at Waltham Abbey near the grave of King Harold (a pre–Norman Conquest ruler) and continues shadowing the motorway in circular segments back to the abbey. Along the way, Sinclair encounters and eloquently digresses upon author J.G. Ballard, the films produced at Shepperton Studios, and the rather startling number of insane asylums that ringed London. Many of these have been replaced by suburban housing developments, but Sinclair recaptures the earlier atmosphere: “. . . much was cruel, much fantastic.” Winston Churchill and Revolutionary War General James Wolfe are memorialized via facing sculptures in Kent; 19th-century artist Samuel Palmer and rock star Mick Jagger are commemorated along the Darent River as it parallels the M25. “Cool woodland passage” is besieged by the noise of traffic but also beset by robbery and murder. In Surrey, the fictionalized but clearly identifiable site of the extraterrestrial invasion in War of the Worlds, “the Martians of the New Millennium have landed” at the Bluewater shopping mall.

Sinclair's eccentric style works best when taken in small doses—and with the supplement of a map. (8 pages color illustrations, not seen)