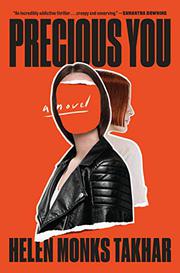 At 41, London magazine editor Katherine Ross already feels like a walking cliché. She and her longtime partner Iain, a failed screenwriter, used to be the cool kids, complete with an open relationship and a cavalier attitude to drugs and drink. Now Katherine feels old and out of touch, reaching for a life that seems to have gotten away from her. After 20 years with her magazine, Leadership, and a bout of depression that caused a blip in her upward trajectory (and seems to be trying to take her over again), she’s trying to get back into the swing of things. Enter Lily Lunt, a beautiful, vibrant, and privileged 24-year-old upstart who seems to have weaseled her way into an internship via her aunt Gemma—who recently bought Leadership. Lily is everything Katherine used to be: “I couldn’t take my eyes off you. You were like looking into a mirror, or more like a window into a different time in my life, not long past, but just out of reach.” The lonely Katherine’s desire for mutual understanding, maybe even friendship, with Lily is clouded by instinctive mistrust. Katherine soon recognizes that Lily’s wide-eyed innocence is a mask, but what is she hiding? Lily wastes no time sidelining and embarrassing Katherine at Leadership, and before Katherine knows it, Lily has also wormed her way into Katherine’s personal life, including, to her horror, her relationship with Iain. Katherine and Lily’s tense and twisted push and pull unfolds through sinuous, overlapping first-person narratives—addressed to each other—that the author carefully shapes to highlight the characters' often divergent takes on shared events. Monks Takhar tackles workplace dynamics, aging, feminism, mental illness, and the hotly debated generation gap, all within the framework of a tightly plotted revenge thriller that reads a bit like a less soapy 21st-century Single White Female. Readers won’t be able to tear their eyes away as this runaway train inevitably derails.

A wickedly sharp first novel from an author to watch.