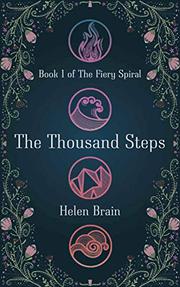 From the Fiery Spiral series, volume 1

A story of love and sacrifice mixed with politics and magic in an alternate Cape Town.

Sixteen-year-old orphan Ebba has only known life in an underground bunker where she and other young people work 12 hours a day. This is life after the Calamity that caused the deaths of all except those in the bunker. Or so Ebba believes. One fateful day she not only escapes death, but is brought aboveground to Table Island, the world she thought was uninhabitable. Ebba learns she is the wealthiest of the Citizens—those chosen by the god Prospiroh, spared from misfortune and blessed with abundance. A caretaker on the vast farm she now owns tells her of her lineage as a descendant of the goddess Theia and her destiny: to save the world from a second Calamity. Ebba struggles to come to terms with her new reality. Thrust from slavery into luxury, she barely has time to adjust before her world is rocked even more and she has to make hard decisions and be braver than she thinks she can be, even with the help of her closest friends, ancestors, and some surprising allies. Mixing mythology with real historical atrocities like apartheid, this is a solid tale featuring diverse characters who reflect the real-world communities of South Africa; race and ethnicity are, however, treated as incidental to the narrative.

A dystopian fantasy with all the expected elements of the genre.