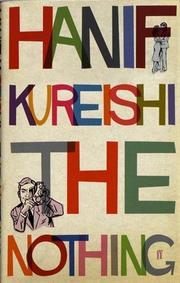 A successful and aging film director suspects those he's closest to may be plotting against him.

Kureishi’s eighth novel (The Last Word, 2015, etc.) is narrated with a blackhearted charm by Waldo, whose illustrious movie career and sexual history are, to his regret, mostly behind him. (He is “old, sick, right out of semen,” he informs us in the first sentence.) He putters about his London mansion in his wheelchair (“my chariot of ire”), questioning the attentions of his wife, Zenab, and Eddie, a journalist and fan organizing events on his behalf. Is Eddie as interested in Waldo’s art as he says he is? Is Zenab’s love for Waldo as pure as she claims? And are the two of them carrying on an affair behind Waldo’s back (indeed, in the next room)? Kureishi’s slim novel isn’t very complex in terms of plot, but it argues that you can have some of your fears confirmed and still be consumed by an unhealthy paranoid attitude. When Eddie disappears with a loan, Waldo calls in an actor friend to investigate, eagerly receiving sexual and financial gossip about the man allegedly cuckolding him. The story is sodden with soap-opera turns (slaps to the face, a scheme to gather enemies in one place), but the book thrives on Waldo’s voice, electric with resentment. “I am like an aged ape in a suspended cage in the corner, unable to even spit at the guests,” he fumes; recalling his film career, he intones that “we lure audiences into a trap of pleasure by letting them watch crimes.” It’s hard to love a character so sour, but a man with nothing to lose who’s turned resentment into an art form is hard to turn your eyes away from.

A short, spiky meditation on mortality delivered with nihilistic glee.