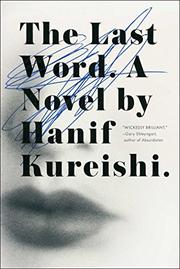 A man opts to live with the famous—and famously prickly—author he’s writing a biography about. Whoops.

Kureishi’s seventh novel (Something To Tell You, 2008, etc.) is focused on Harry, a rising young British author who’s been all but strong-armed by his agent to write a biography of Mamoon, an Anglo-Indian writer whose intellectual rages are nearly as famous as tales of his noxious relationships with women. (There’s a furious former mistress and rumors he drove his first wife to an early grave.) The agent has put Harry in an impossible spot, demanding that the book deliver sordid details about Mamoon while giving his second wife, Liana, the right to take a pass at the manuscript. Gamely embedding himself in the writer’s manse in the countryside outside London, Harry is soon tangled in complications: Mamoon isn’t interested in interviews, Liana is steering him away from talking with the ex-mistress, and Harry pursues a fling with one of Mamoon’s housecleaners (never mind he has a girlfriend). Much of the talk in this novel circles around fidelity: “[A]dultery—pleasure plus betrayal—is the only fun left to us,” Mamoon intones. Harry drifts toward his subject’s way of thinking, which Kureishi milks for both humor and pathos. But Kureishi’s interest in the moral messes of our private lives leads to a novel that never quite settles into a groove. Is it a literary satire, as the agent’s Mephistophelean antics suggest? An upstairs-downstairs tale, focused as it is on tensions between the wealthy owners and the help? Or is it an infidelity tale, marked by Harry’s sexual abandon and ultimate reckoning? A bit of all three, though not quite enough of any one. Kureishi aims to smash preconceptions about literary greatness but only lands glancing blows.

Kureishi is smart about book culture and relationships in a novel that fails to satisfyingly merge both.