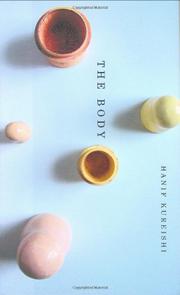 The ever-interesting Kureishi (Intimacy, 1999, etc.) conjures up a thought-provoker about an aging man who gets a young new body—and lives to regret it.

When the well-known London author and screenwriter Adam is in his mid-60s and in degenerating health, he meets a man far too young to have seen some of Adam’s earliest productions—yet who swears that he did see, and admire, them. In a nutshell? The man, named Ralph, is actually older than Adam: he’s had “surgery” to transplant his own brain—still perfectly good—into the hale and handsome body of a man who died young. Why not do the same, he urges Adam: have another fling at all the richness of life, another chance to push on in an already distinguished career? Adam tells his understanding wife that he’ll be away for six months—and, lo, Adam goes for the operation, picks out a good-looking new body from the many on display, then jaunts off to Europe for a half year of travel, food, sex, exploration, and adventure. But being suddenly a sought-after object of desire, fun enough at first, has its drawbacks—and dangers. Eluding one lover after another, Adam ends up on a Greek island doing menial work at a “spiritual center” for women run by the imperious and no-longer-young Patricia. Not only does Patricia thaw in a trice and fall hopelessly in lust with Adam, but she inadvertently acquaints him with the indescribably rich and yacht-owning playboy Matte, who reveals himself not only oh-most-evil, not only himself a “Newbody,” like Adam, but, for reasons never quite convincing to the reader, quite ready to track Adam down wherever he may flee in order to “kill” Adam and snatch his great body for his own uses. The outcome will be wholly different indeed from anything Adam could ever have wanted.

Readable, intriguing, sometimes even touching, but really just a riff on a “what if” medical question.