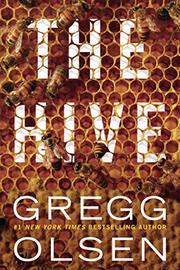 A corpse at the foot of a waterfall leads a newly isolated cop into a thicket of atrocities rooted in a 20-year-old women's cult.

At first Detective Lindsay Jackman, who must investigate the case on her own because her mentor and partner, Detective Alan Sharpe, has just killed himself, finds few clues in the death of Western Washington University student Sarah Baker, who was strangled, stripped, and dumped below Maple Falls. But her persistent questions eventually link Sarah’s murder to that of Calista Sullivan, whose body was found on the beach of Lummi Island 20 years ago. The link between the two dead women is Marnie Spellman, the self-help guru whose community on Lummi Island Calista had joined and whom Sarah was writing a story about for her student newspaper. Hard-selling a message of female empowerment through self-actualization and naturally sourced foods and cosmetics, Marnie styled herself the queen bee of a hive including Calista, actress Dina Marlow, nurses Greta Swensen and Trish Appleton, and Heather Jarred, who emerged from the hive to become a Washington congressional representative now running for the U.S. Senate. After setting up the central situation, Olsen methodically reviews each hive member’s history through extended flashbacks. The effect is both scarifying and repetitious, and Olsen has to reach deeper and deeper into his bag of tricks to keep up the momentum. Along the way, though, the characters, most of them familiar types, spring to vivid life, even the people whose only job is to find dead bodies are deftly sketched in three dimensions.

Readers who relish the aftershocks of cult exploitation will turn every page with keen anticipation.