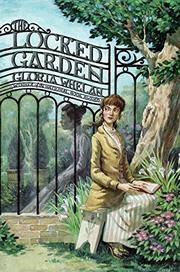 From page one, National Book Award winner Whelan establishes a strong sense of time, unusual setting and characters—an asylum for the mentally ill in 20th-century Michigan. After Verna and younger sister Carlie’s mother died, their psychiatrist Papa moves the family to a house on the grounds of an asylum for his work. One of the patients, a young woman who is recovering, is sent to keep house, and the girls becomes very attached to her, much preferring her to their strict and disapproving Aunt Maude. Though the girls would like her instead of Maude to take their mother’s place, having a single woman living in the same house with a widower would be a scandalous social impropriety. At the core is Verna’s strong-willed determination to keep Eleanor from her abusive father. This convincing melodrama portrays an atypical attitude toward treating mental illness by involving patients in gardening, singing and farm chores. While some plot details are convenient, this exceptional story never lets the focus override the characterization. (Historical fiction. 9-13)