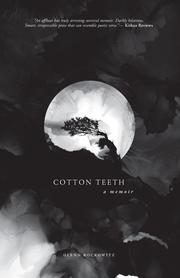 A writer and stand-up comedian who survived a terminal cancer diagnosis confronts painful memories in this memoir.

In his debut book, Rodeo in Joliet(2008), Rockowitz recorded his battle with cancer after being diagnosed in 1998 as having three months to live. He was 28 years old at the time, and his wife was eight-and-a-half months pregnant. That memoir described the author’s seemingly miraculous remission and how his father, who prayed to exchange places with his son, was diagnosed with end-stage pancreatic cancer soon afterward. In this new book, Rockowitz revisits this harrowing time but also recalls other memories, extending back to his childhood, which he feels have shaped him as a person. The author focuses tightly on relationships with others, from school friends to people he met after founding the Best Medicine Group, which aimed to bring live comedy into the homes of the terminally ill. Rockowitz describes heartbreaking moments, such as learning of the death of a close friend who was also one of the first patients that Best Medicine entertained. However, at other points, he recounts jaw-droppingly absurd moments, as when he went looking for “the largest dildo” in Manhattan as a joke gift for a cancer patient. Rockowitz’s prose style is terse and choppy, with paragraphs that are often only one sentence long and can resemble poetic verse: “The hospitals, the doctors, the pills, the poisons, the needles, the scans, the pain, the pain.” Readers who acclimate themselves to these stylistic quirks, though, will be rewarded with some darkly hilarious accounts, such as when he decides to write a letter to be given to his son in the event of his death: “By the time you read this it’s possible Mom has already gotten remarried…I just hope he’s not one of those dicks with the big calves and the ponytail….That guy’s probably into cycling too. That’s my worst nightmare for you.” At other points, Rockowitz also succeeds in echoing the yearnings of many cancer sufferers. The result is an offbeat but truly arresting survival memoir.

Smart, irrepressible prose that takes on the realities of cancer.