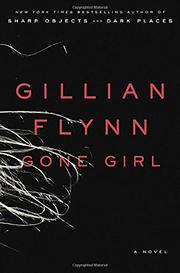 A perfect wife’s disappearance plunges her husband into a nightmare as it rips open ugly secrets about his marriage and, just maybe, his culpability in her death.

Even after they lost their jobs as magazine writers and he uprooted her from New York and spirited her off to his childhood home in North Carthage, Mo., where his ailing parents suddenly needed him at their side, Nick Dunne still acted as if everything were fine between him and his wife, Amy. His sister Margo, who’d gone partners with him on a local bar, never suspected that the marriage was fraying, and certainly never knew that Nick, who’d buried his mother and largely ducked his responsibilities to his father, stricken with Alzheimer’s, had taken one of his graduate students as a mistress. That’s because Nick and Amy were both so good at playing Mr. and Ms. Right for their audience. But that all changes the morning of their fifth anniversary when Amy vanishes with every indication of foul play. Partly because the evidence against him looks so bleak, partly because he’s so bad at communicating grief, partly because he doesn’t feel all that grief-stricken to begin with, the tide begins to turn against Nick. Neighbors who’d been eager to join the police in the search for Amy begin to gossip about him. Female talk-show hosts inveigh against him. The questions from Detective Rhonda Boney and Detective Jim Gilpin get sharper and sharper. Even Nick has to acknowledge that he hasn’t come close to being the husband he liked to think he was. But does that mean he deserves to get tagged as his wife’s killer? Interspersing the mystery of Amy’s disappearance with flashbacks from her diary, Flynn (Dark Places, 2009, etc.) shows the marriage lumbering toward collapse—and prepares the first of several foreseeable but highly effective twists.

One of those rare thrillers whose revelations actually intensify its suspense instead of dissipating it. The final pages are chilling.