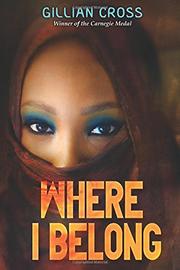 A contemporary international thriller is woven together from alternating first-person perspectives. Freya, daughter of a British fashion designer who wants to create a line based on Somali beauty and exotic mystery, Khadija, a recent Somali teenage immigrant to London, and Abdi, of Somali heritage but born in the Netherlands and now living in England, share the story. The action moves from Somalia to the Muslim neighborhoods of London and then from English fashion studios and model agencies back to Somalia for an over-the-top fashion show. There, Khadija finds her younger brother, who is being held for ransom by people who have found out her secret: She just may become the next international supermodel. (Think Iman.) The betrayals that take place here seem to belong in another, more serious book. Here they are passed by too quickly. Although the device of the multiple narrators is largely successful, the third-person pieces about Mahmoud, the kidnapped boy, are printed in bold type in Freya’s chapters and do not make structural sense. The plot is driven by e-mail messages and texts, and most of the characters are made of equally flimsy fabric. There is something appealing about the adolescent characters (most of the adults are creeps), but this mishmash of a plot may have little meaning for most readers, especially if their knowledge of Somalia is limited. (Thriller. 11-14)