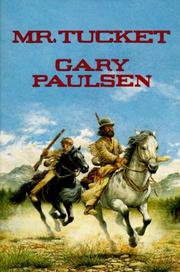 A wild (i.e. unfocused, unfounded) Western that turns sanctimonious at the conclusion. Separated from his family and the Oregon-bound wagon train, fourteen-year-old Francis Alphonse Tucker is captured by brutish Indians, then helped to escape and in effect apprenticed by laconic trapper Jason Grimes (who can't stomach Francis or Alphonse and therefore calls him Mr. Tucker). Their beaver trapping carries some weight but their encounters with the celebrated Jim Bridger and with a cross section of Plains Indians amount to little more than a run-around (characteristically, when Grimes fires "an impossible sho" from "an impossible range" it is "impossible to tell" what he is doing). And then, without warning, Grimes, having killed the bad Indian, Braid, scalps him. . . . "He was of the prairie, the land, the mountains—and was, in a way, a kind of animal (like the Indians). It was not wrong—not for Jason Grimes. But for Francis Alphonse Tucker? For someone from a farm in Missouri? For someone with a family waiting in Oregon?" Unfortunate.