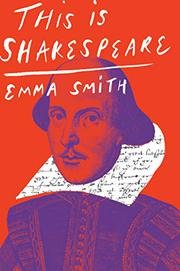 A brisk study of 20 of the Bard’s plays, focused on stripping off four centuries of overcooked analysis and tangled reinterpretations.

“I don’t really care what he might have meant, nor should you,” writes Smith (Shakespeare Studies/Oxford Univ.; Shakespeare’s First Folio: Four Centuries of an Iconic Book, 2016, etc.) in the introduction to this collection. Noting the “gappy” quality of many of his plays—i.e., the dearth of stage directions, the odd tonal and plot twists—the author strives to fill those gaps not with psychological analyses but rather historical context for the ambiguities. She’s less concerned, for instance, with whether Hamlet represents the first flower of the modern mind and instead keys into how the melancholy Dane and his father share a name, making it a study of “cumulative nostalgia” and our difficulty in escaping our pasts. Falstaff’s repeated appearances in multiple plays speak to Shakespeare’s crowd-pleasing tendencies. A Midsummer Night’s Dream is a bawdier and darker exploration of marriage than its teen-friendly interpretations suggest. Smith’s strict-constructionist analyses of the plays can be illuminating: Her understanding of British mores and theater culture in the Elizabethan era explains why Richard III only half-heartedly abandons its charismatic title character, and she is insightful in her discussion of how Twelfth Night labors to return to heterosexual convention after introducing a host of queer tropes. Smith's Shakespeare is eminently fallible, collaborative, and innovative, deliberately warping play structures and then sorting out how much he needs to un-warp them. Yet the book is neither scholarly nor as patiently introductory as works by experts like Stephen Greenblatt. Attempts to goose the language with hipper references—Much Ado About Nothing highlights the “ ‘bros before hoes’ ethic of the military,” and Falstaff is likened to Homer Simpson—mostly fall flat.

A brief but sometimes knotty and earnest set of studies best suited for Shakespeare enthusiasts.