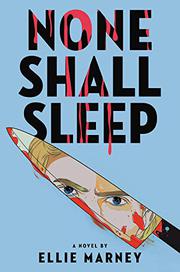 Emma Lewis isn’t your average psychology undergrad (and not just because she has a buzz cut). Two and a half years ago, she escaped a serial killer’s clutches and then helped the authorities apprehend him. Now a student at Ohio State, she’s been recruited for her unique qualifications by an agent in the FBI’s Behavioral Science department to spend the summer interviewing juvenile offenders. Alongside trainee Travis Bell, whose late father was killed while apprehending one of their subjects, Emma reluctantly ventures into the minds of teenage killers—and must confront her own past when one of the subjects offers unexpected insight into the motives of a new killer known as the Butcher. Set in the early 1980s, narrated in present tense, and told through Emma’s perspective as well as others’ (including the Butcher’s), the tightly plotted story moves inexorably forward with shocking twists alongside clear, applicable descriptions of the cognitive behavioral strategies Emma uses to navigate her PTSD. The narrative is critical of law enforcement work, emphasizing its psychological toll, and the '80s cultural references are handled with a light touch. Emma is white while Travis is cued as biracial (Mexican American and white); although most secondary characters appear white, two key figures are people of color.