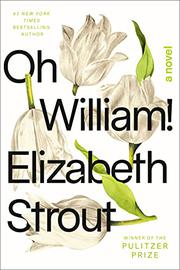 Pulitzer Prize winner Strout offers a third book linked to writer Lucy Barton, this time reflecting on her complex relationship with her first husband, before and after their divorce.

While Anything Is Possible (2017) told the stories of people among whom Lucy grew up in poverty in Amgash, Illinois, this new novel returns to the direct address of My Name Is Lucy Barton (2016). Lucy’s beloved second husband, David, has recently died, and “in my grief for him I have felt grief for William as well,” she tells us. Her stuttering, stop-and-start narrative drops this and other pronouncements and then moves on, circling back later to elucidate and elaborate. After the pain of their separation subsided, Lucy and William became friends, close enough so that when he begins having night terrors at age 69, he confides in Lucy rather than his much younger third wife. (Wife No. 2 was among the many infidelities that broke up his marriage to Lucy.) Perhaps it’s because the terrors are related to his mother, Catherine, who “seemed central to our marriage,” Lucy tells us. “We loved her. Oh, we loved her.” Well, sometimes; Lucy’s memories reveal a deep ambivalence. Catherine patronized her, referring frequently to the poverty of Lucy’s background and her unfamiliarity with the ways of more affluent people. So it’s a shock to Lucy as well as William when he learns that his mother was married before, abandoned a baby daughter to marry his father, and came from a family even poorer than Lucy’s. Their road trip to Maine prompts William’s habitual coping mechanism of simply checking out, being present but not really there, which is the real reason Lucy left him. Strout’s habitual themes of loneliness and the impossibility of ever truly knowing another person are ubiquitous in this deeply sad tale, which takes its title from Lucy’s head-shaking acknowledgment that her ex will never change, cannot change the remoteness at the core of his personality.

Another skillful, pensive exploration of Strout’s fundamental credo: “We are all mysteries.”