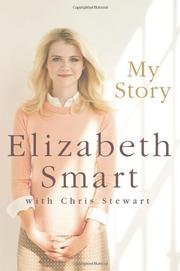 by Elizabeth Smart with Chris Stewart

The inspirational and ultimately redemptive story of a teenage girl’s descent into hell, framed as a parable of faith.

The disappearance of 14-year-old Elizabeth Smart in 2002 made national headlines, turning an entire country into a search party; it seemed like something of a miracle when she reappeared, rescued almost by happenstance, nine months later. As the author suggests, it was something of a mystery that her ordeal lasted that long, since there were many times when she was close to being discovered. Her captors, a self-proclaimed religious prophet whose sacraments included alcohol, pornography and promiscuous sex, and his wife and accomplice, jealous of this “second wife” he had taken, weren’t exactly criminal masterminds. In fact, his master plan was for similar kidnappings to give him seven wives in all, though Elizabeth’s abduction was the only successful one. She didn’t write her account for another nine years, at which point she had a more mature perspective on the ordeal, and with what one suspects was considerable assistance from co-author Stewart, who helps frame her story and fill in some gaps. Though the account thankfully spares readers the graphic details, Smart tells of the abuse and degradation she suffered, of the fear for her family’s safety that kept her from escaping and of the faith that fueled her determination to survive. “Anyone who suggests that I became a victim of Stockholm syndrome by developing any feelings of sympathy for my captors simply has no idea what was going on inside my head,” she writes. “I never once—not for a single moment—developed a shred of affection or empathy for either of them….The only thing there ever was was fear.”

Smart hopes that sharing her story might help heal the scars of others, though the book is focused on what she suffered rather than how she recovered.