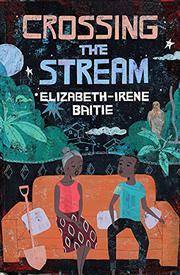 Twelve-year-old Ato has longed to visit the island of Nnoma, a highly protected bird sanctuary that his late father helped build, in this latest title by award-winning Ghanaian author Baitie.

If he and his friends Dzifa and Leslie put together a successful environmental project, they could earn one of the rare opportunities to see Nnoma, and they embark on growing vegetables using organic pesticides. Ato has other things on his mind too: His mother recently announced that he would be spending weekends with Nana, his paternal grandmother. This was unexpected since tensions developed between the two women after his father’s death and he hasn’t gone to her house in years. Ato is also aware of financial problems at home. The one thing that seems to lift his mother’s spirits are conversations with the Prophet, a spiritual figure with growing influence in their community. Despite feeling close to Nana, who visits on special occasions, Ato is uneasy because of gossip and warnings about her. However, his grandmother’s stories gradually answer questions Ato has about his father and make him determined to uncover secrets in his community. This richly textured contemporary story set in Ghana highlights timely issues around the environment and exploitation of the poor. The well-developed sense of place and natural dialogue create an immersive reading experience, and Ato and his friends, especially fearless Dzifa, are engaging as they discover the courage to push for truth.

A powerful coming-of-age story of self-discovery and overcoming fear.