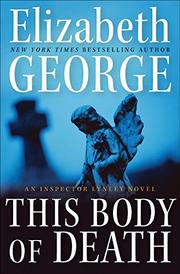 THIS BODY OF DEATH

Grieving widower Thomas Lynley (Careless in Red, 2008, etc.) returns to New Scotland Yard to assist temporary Acting Superintendent Isabelle Ardery, who is acerbic, volatile and an alcoholic in denial. This potent cocktail hardly helps her relationship with her ex, her sons and Lynley’s old staff, or produces sound judgments regarding the investigation of Jemima Hastings’s murder. Jemima, who dealt with the death of her parents by leaping into love every chance she got, whether or not the man cared for her, had recently ended a relationship with Hampshire thatcher Gordon Jossie, although her usual pattern had been to stay until she was dumped. What caused the rift? Jossie, now intimately involved with a woman named Gina, has two dark secrets, one horrific, the other promising a financial windfall if he takes advantage of it. Did these secrets lead him to murder Jemima? Isabelle considers a schizophrenic musician her prime suspect for the killing. But with the help of Barbara Havers, who’s crotchety about Lynley’s growing attachment to Isabelle, Lynley digs away at Jemima’s neighbors in her London rooming house, where venality collides with tragedy.

Dark, unrelenting and powerful, though it would have been even finer without the schizophrenic ramblings, the descriptions of every shop along the High Street, the primer on thatching, the plight of New Forest ponies and Isabelle’s constant retreats to the ladies’ room for a swig of vodka and a breath mint.